Are you Bilingual? Here's Why Companies Are Hiring Analytic Linguists. - Translation Skills Training 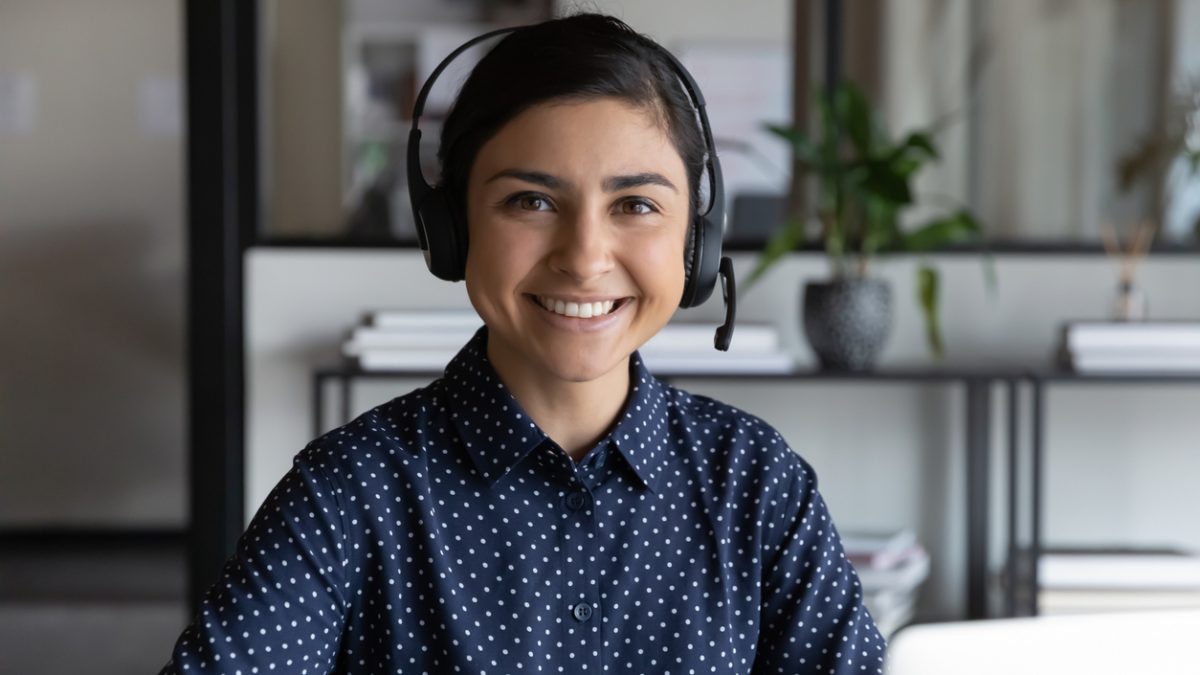 What is an Analytic Linguist?

An Analytic Linguist is a highly skilled language professional who works in a support role for any level of law enforcement.  They generally work in wire rooms. They are not special agents or any other form or authorized law enforcement official nor are most of them, generally speaking, government employees.  This is about as succinct as an analytical linguist definition can be, although, in this blog, you will be pleased to see how to expand a great deal on this.

What do Analytic Linguists Do?

Analytic Linguists can wear many hats on any given day in a wire room.  They monitor, transcribe and translate court-ordered oral communication intercepts, commonly known as wiretaps, in order to assist in criminal investigations.  A Spanish Analytic Linguist, for instance, listens to these court-ordered oral communication intercepts (wiretaps) and writes summaries in English for an agent in charge to review.  If the agent in charge of an investigation thinks that a particular call is significant or relevant to an investigation, the Analytic Linguist will then be assigned to transcribe the entire conversation, verbatim – that is, in Spanish – and subsequently, translate the conversation into US English.  This is why an Analytic Linguist must be bilingual.

Before you can begin to answer the question “Are You Bilingual?”, from your personal perspective, it is important to examine the full significance of what it means to be bilingual.  Let’s start where bilingualism usually and ideally begins.

Many people grow up in homes where a language other than English is spoken.  They may begin to learn English in preschool or kindergarten and they do so very swiftly, with a period of language mixing, but within a year or two, they sort them out without anyone to tell them how to do it.  It is one of the mysteries of human speech.

However, being children, and despite the fact that anyone would say these children are bilingual, no one would think that their language abilities in either language are sufficiently advanced enough to work professionally as a newspaper journalist, radio or TV news anchor or a speechwriter.  No one would suggest that a monolingual child or even an adult is ready for those careers merely because they speak their native language.

Being bilingual does not alter the fact that language proficiency – or proficiencies – need to be cultivated in order to be marketable as such.  Consider the complexities and tasks needed for the language development of bilinguals as the same as monolinguals but multiply them by two. For trilingual people, multiply them by three.

In reality, since there are only 24 hours in a day, the conscious effort that needs to be given to developing professional-level skills in more than one language really means that you need to think logarithmically and not merely in terms of multiplying by two, three and so forth.

Furthermore, just as there are degrees of mastery of a language or languages, there are also degrees of bilingualism.  If one language is cultivated more than the other, the individual is linguistically lopsided. This is unavoidable. Bilingual people are not 100% symmetrical in terms of their abilities in both languages.  However, they are said to be bilingual when valid testing, such as the Pre-Tests of TST, show that their skills in English and Spanish are within 12 percentage points of each other.

At the same time, keep in mind that a bilingual child, even one with only a 5-point difference between his or her abilities in English and Spanish still would not be able to study to become an Analytic Linguist because their degree of mastery has not yet entered the range of adult speakers’ abilities.  TST’s tests, available currently in English and Spanish, take only a few hours to take and their validity has been independently determined to have an Alpha Reliability of 0.943 on an ascending scale of 0 > 1.

If you are interested in finding out if you meet the baseline requirements to begin TST’s training for Analytic Linguists or want to know how to become an Analytic Linguist, contact us at [email protected].

Other types of work for bilingual people

Finally, keep in mind that there are other types of work for bilingual people but that work as a translator or an interpreter of any kind requires formal training.  Even though there is some transference of skills resulting from any language training, TST’s program is specifically designed for Analytic Linguists because the combination of skill sets is unique.

Advantages of being bilingual, trilingual, polyglot or multilingual

Many of the advantages of being bilingual, trilingual, polyglot or multilingual are difficult to quantify because they are intangible inasmuch as they do not directly derive income.  These advantages are qualitative and mostly pertain to personal, familial and community enrichment in the form of enhanced social and cultural interaction and participation since multilingual people possess more than a monolingual and mono-cultural world view and understanding.

In addition, multilingual people enjoy intellectual advantages because they are able to consider, examine, analyze and articulate concepts and even feelings from a different perspective or, if they are tri- or multilingual, from many perspectives.  It can be said that multilingual people live in more than one world on this one planet and as a consequence, they can derive enjoyment from a more ample form of citizenship.

Other advantages that bilingual, trilingual, polyglot or multilingual people enjoy are quantitative because the linguistic talent is remunerated; in other words, they are paid for rendering specific services or performing certain tasks that require their language expertise and ability.  We shall examine the specific tasks that multilingual people are called upon when they work as an Analytic Linguist in a moment, but first, a contrast must be made between expertise and ability which were just mentioned.

Simply put, expertise can be described as having knowledge about a subject that is both broad in scope as opposed to being narrow and also profound, as opposed to superficial.   For instance, having a good knowledge of the vocabulary and usage of a second language as used in a kitchen but not of any other environment is having a narrow understanding of that second language.

The material benefits of being bilingual, trilingual, polyglot or multilingual result in some form of professional employment.  There are many ways people use their linguistic skills professionally.  Many jobs may or may not require people to be able to use a second language, but having multi-linguistic skills is considered a plus and increases the likelihood a person will be hired.  This is often true of sales, public relations, construction and indeed for many jobs in the service sector. Furthermore, depending on the demographics in which a person will be working, proficiency in a specific language or language may actually be requirements. Naturally, multilingual people in the types of jobs just mentioned are not hired to perform specific linguistic tasks, but rather to be able to do their primary job functions and do so in more than one language.

Who Can Become an Analytic Linguist and What Skills Do You Need?

However, we are most interested in elucidating the tasks performed by Analytic Linguists as people who are hired very specifically because of their multilingual skills, what those tasks are, how they qualify to perform them and who hires such multilingual people to do those tasks.

To listen to or read foreign language communications, lawfully intercepted, to perform immediate verbal summaries, then subsequent written or types summaries into the English language.

To render the spoken word of a language into the written form of the same language, then save the results on a government‐owned computer storage device and or in printed format.

To render the spoken word or written word of one language into the written form of another language, then save the results on a government‐owned computer storage device or other storage media and or in printed format.

A review conducted by someone other than the individual performing the original translation, transcription or the quality control review of the specified original work in order to attest to the accuracy of the final work.

To provide a typed concise and accurate synopsis of oral or written communications intercept that contains the identity of the speakers or correspondents and allocations and events mentioned that pertain to the subject of the communication.

From the above list, it is clear that there are more tasks performed by Analytic Linguists than translating and interpreting.  As for how to become an Analytic Linguist, we at TST are excited about the prospects of helping you determine your bilingual skills and, if you meet the minimum requirements, train, test and certify you as an Analytic Linguist. 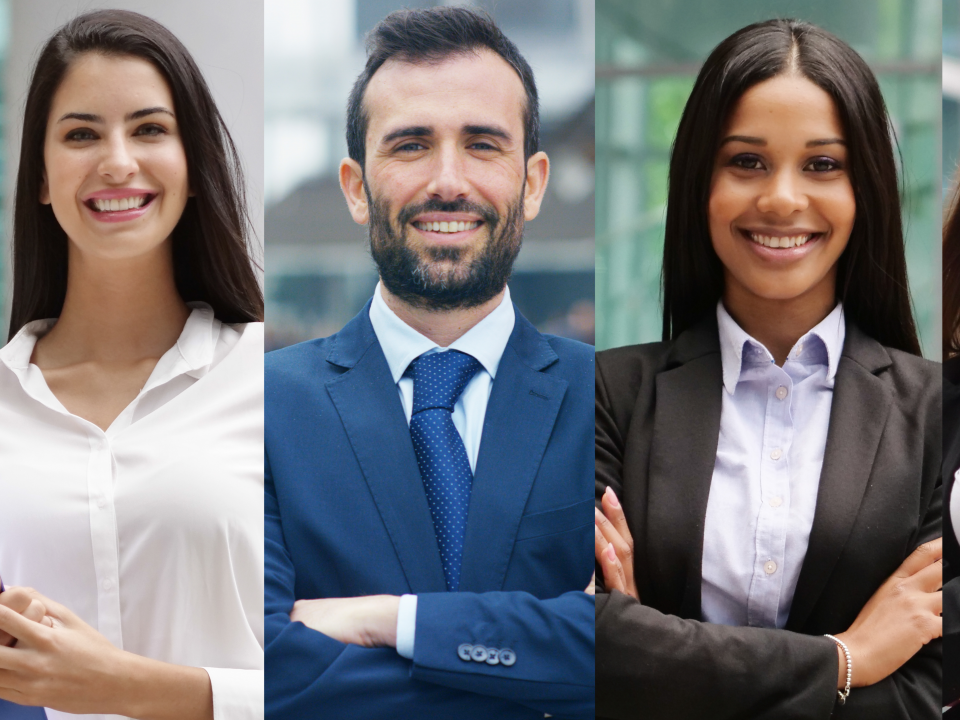